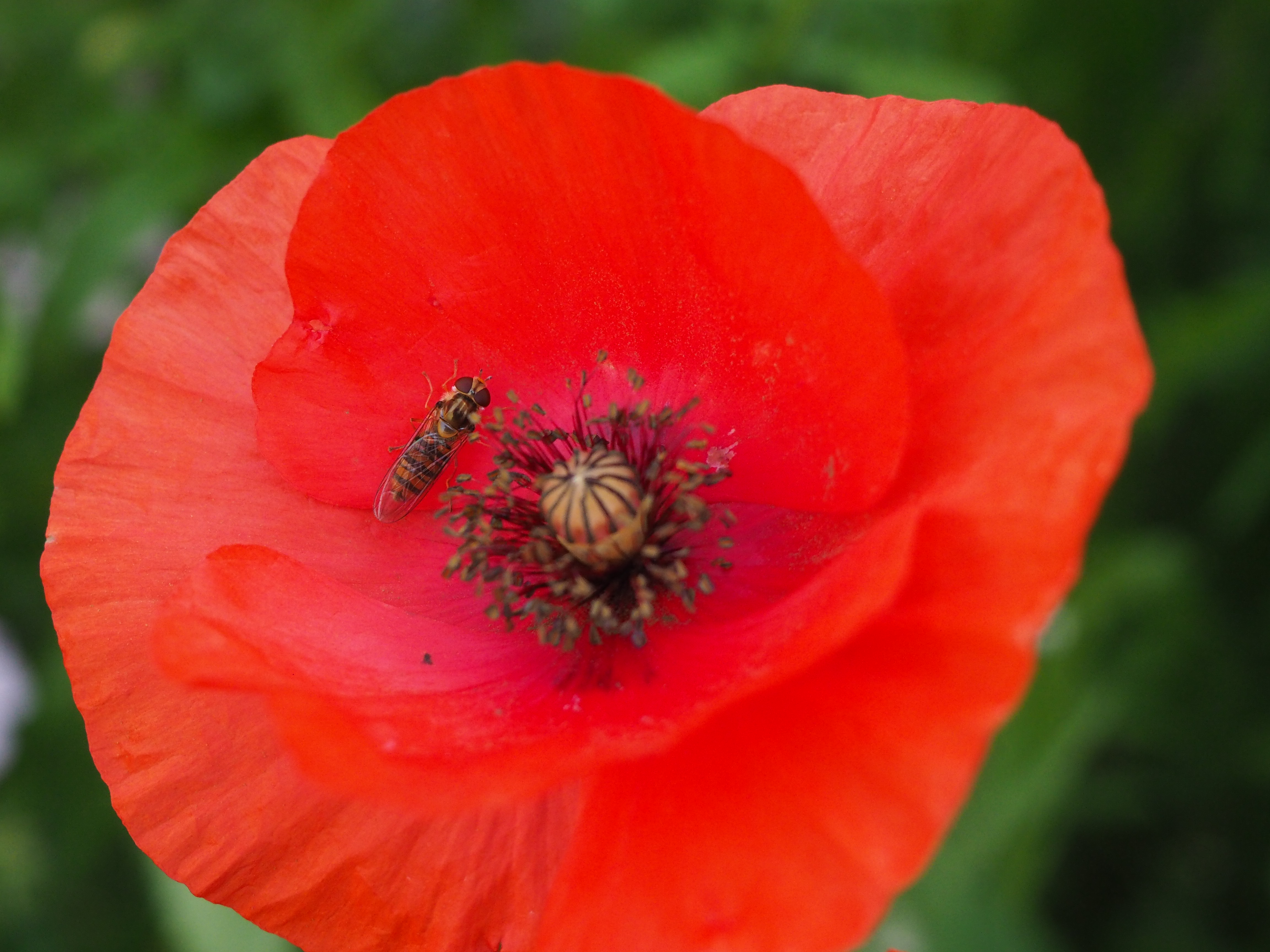 Posted at 16:38h in Journal by Melinda Appleby

Are there more insects around this summer or am I noticing because I’m leading a Bugs & Blossoms creative project this year.

In our village, neighbours have commented on the bumblebees and are trying to identify all the species. We have buff-tailed, red-tailed and tree bumblebees in profusion.  We have some gingery bees and some yellow ones (Common Carder bee?). I have numerous identification charts but the bees don’t sit still with their bodies straight and wings held stiffly at right angles.

We have more hoverflies than usual. As well as the frequently seen marmalade hoverfly, this year I have discovered a Pellucid fly (Volucella pellucens) and its close relative Volucella inflata. They are large and distinctive and were feeding first on privet flowers and then on the vine. 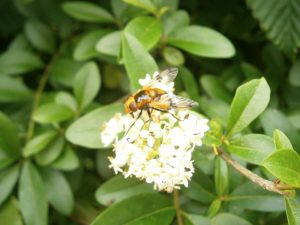 We have an invasion of Rosemary beetle – not so good for the lavender and rosemary bushes which they seem intent on destroying. 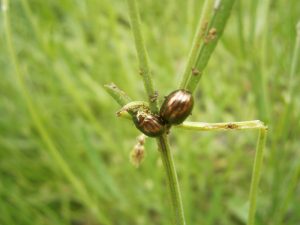 And on the ox-eye daisies the thick legged, or swollen-thighed, flower beetles.

Butterflies are around in ones and twos including several Painted Ladies.

And just for completeness I discovered a green orb weaver spider.

This year, the garden has intentionally been managed for wildlife. We have left several areas uncut to encourage insects and although mostly ox-eye daisies, there are also red and white campions, birds foot trefoil, herb Robert and a number of grasses. We want to introduce some yellow rattle to reduce the dominance of the grasses. 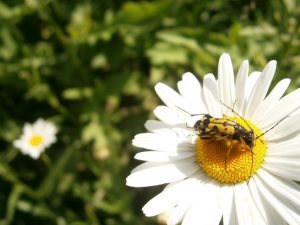 Of course an insect rich countryside has its downsides. Almost every walk ends with a tick hunt – mostly deer ticks and mostly caught before they inflate their little bag of blood. And most evening watering sessions encourage the midges to start feeding.

But it is a delight to sit in the garden, with the flowers at eye level, and watch and listen to all the insects enjoying the abundance of habitat. 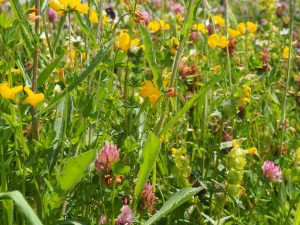 It has been good for birds too. Turtle doves have been calling all summer and one has been feeding under my seed feeder, having an argument with a blackbird. He has been over the road in the company of two collared doves. Starlings, rooks and jackdaws all seem to have had good breeding seasons. 40 starlings lined up on the house ridgeline last week and every morning, about 4am, the jackdaw family parties begin to arrive. They practice sorties around the house and then gather on the adjacent farmyard where, for an hour or so, they hang out with the rooks. Just before 6am, they all leave flying north for the day.

Bugs & Blossoms, the arts based campaign I am running for Waveney & Blyth Arts, started in May and has encouraged people to stop and notice wildlife. Several people are leaving areas uncut for wild flowers and we want to build on all this enthusiasm into 2020.