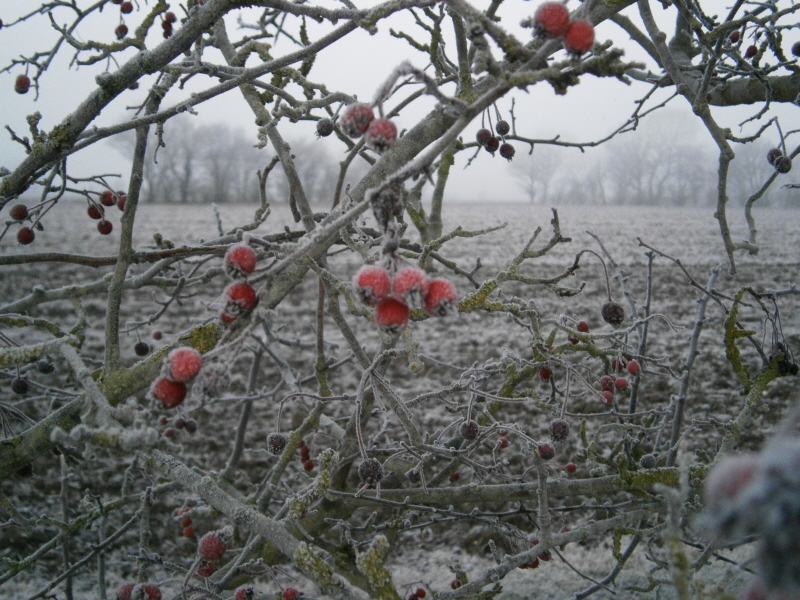 Posted at 22:31h in Journal by Melinda Appleby

I could see their breath puffing into the frosted air. A still January morning, the sun just rising above the sugar beet fields, littered with tiny beets missed by the harvester. We passed a gap in the hedge and, although the dog was nose down on the scent of a pheasant, the deer turned, and white tails bobbed across the field as they ran for cover.

It has been a strange month. Some days have been still and spangled by frost; others have been savaged by gales. Each day of wind has blown yet another tree from our already thinning landscape. We have lost the old oak where the owls nest, a huge limb torn from the arched ash, and small elms, ivy-covered or bare skeletons have all gone. Several inches of rain have fallen and the river has risen and flooded into the meadows. Today it is still running over the ford.

One bright day we watched five hares, racing along tramlines through oil seed rape. Then they were gone, and my next sight of a hare was dead on the road, lying freshly killed, head resting on the verge as if asleep, noticeable for its golden fur.

The rattling song of the dunnock is livening up the hedges. One morning a chaffinch burst into song and, for a fleeting hour, it felt like spring. The yellowhammers are still missing but I saw three on some game cover on the neighbouring farm. I miss their jaunty yellow heads.

Somehow the landscape feels empty. January is always a bare month, the hedges stripped of the last berries, the trees thinned out by wind, and too early for new life. But along the river, we have found snowdrops and are glad to see signs of life renewing.