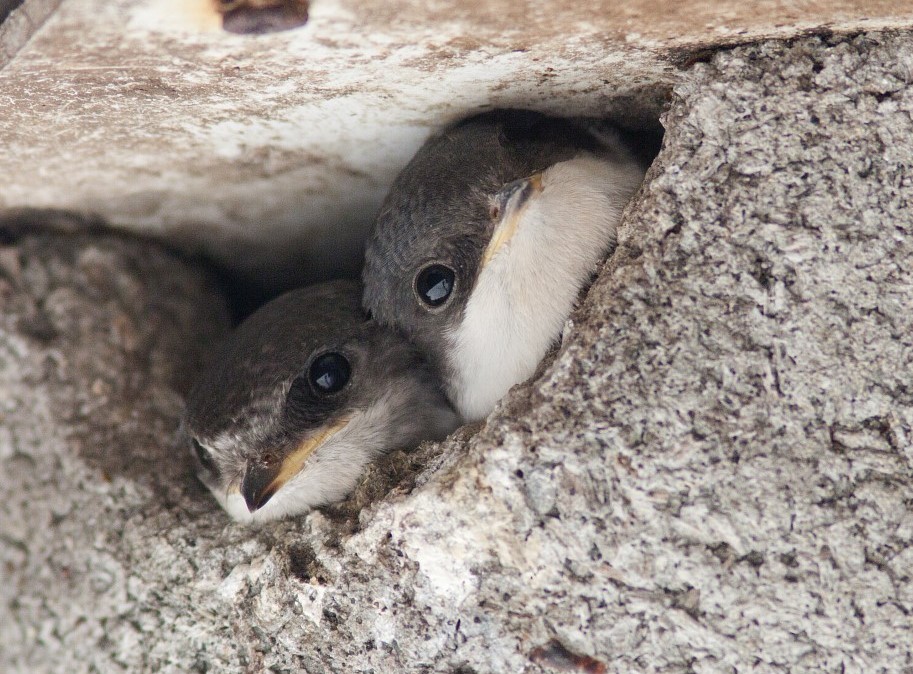 Posted at 11:16h in Journal by Melinda Appleby

It is a May morning and another deep blue sky, cloudless, calm, with air so clear the countryside is pin sharp.

I am told the intense blue is due to the much reduced pollution in our locked down landscape. I sit in the garden listening to bird song – blackbird, house sparrow, dunnock, chaffinch, goldfinch, linnet, swallow and a white throat. It is peaceful, meditative; a time for observation, for noticing small things.

Against the sky I watch a feather falling, white, soft, it spirals slowly. Before it can touch down, it is gone, snapped by a house martin in a dive from its airborne flight. The house martins have a nest on the house but they were two weeks late arriving back. I haven’t seen them at the nest since three came and harried it one afternoon. Now a house martin catching feathers – that is a good sign. Their nest is lined with white feathers so I am hopeful.

The nest was rebuilt last year after house sparrows destroyed the original. This year it will only need minimal repair which is fortunate in this hot dry weather. They have found a few pellets of mud from the river bed and these are mixed with grass to reinforce the nest cup. House martins, like many birds, line their nest with feathers and bits of grass. I read of the house martins’ preference for white feathers in a lovely book, Guests of Summer by Theunis Piersma*. The book chronicles Piersma’s observations of house martins nesting in his home village, Gaast in Friesland, Netherlands.

Like Piersma, every April I watch anxiously for the house martins to return. I fear they will not make it on their long migration back. We know very little about the social life of these birds and even less about where they go for winter. Piersma’s book is based on twelve years of patient observation.

Their habit of nesting on our house eaves, as with swallows in our barns, means we have a familiarity and a bond with the martins. Their return each spring is associated with good fortune. Ronald Blythe, writing from his Suffolk home, quotes a ploughman, Derek Warren, saying: “it is thought poor manners to destroy a martin’s nest while he is abroad.”

My house martins nest on a south facing wall, although they are protected from direct heat by the depth of the eaves. Most observers suggest north and then east facing walls are preferred. Perhaps they prefer the view straight out across arable fields rather than across gardens and buildings.

This year I haven’t heard the martins singing as they repair their nest. Usually, about 5am, a martin would start up, a babble of fluid notes, a kind of musical chattering, that tumble down from the eaves and through the bedroom window. The martin’s excited cheery ‘song’ makes me smile at its seeming joy to be back.

It is from Piersma’s book that I learn about martin’s nest building. Like me, he watches a white feather spiralling down, caught by an agile martin who dives straight to the nest with his prize. Piersma suggests it is only males who bring feathers and notes that only white feathers are collected.

It is worth quoting from Piersma in full to understand his explanation for why martins prefer ‘white bedclothes’.

“I now know that the decay of white feathers is controlled by bacteria which thrive on the pale ones…The bacteria produce chemicals that are particularly harmful to other bacteria that live by accessing the proteins and fats inside birds’ eggs…white feathers ensure that eggs are less easily infected by dangerous bacteria.”

Much can be learned by patient observation and curiosity. My white feather led me to read back through Piersma’s book and absorb his reflections and research on the house martins of his home village.

Of course, the other interpretation of the white feather is the mythical one: that it is a message from the angels or from a departed soul. So why did the house martin steal my message? Or is the message simply to be and let be, to take time to watch and be still. In the words of a recent edition of Emergence magazine:

‘Silence isn’t the absence of something, but the presence of everything.’

In our locked down landscape, the silence has taught us to be still. I for one will miss the quiet of the last few months. But I will still listen for the chattering house martins as they spend their summer with us.