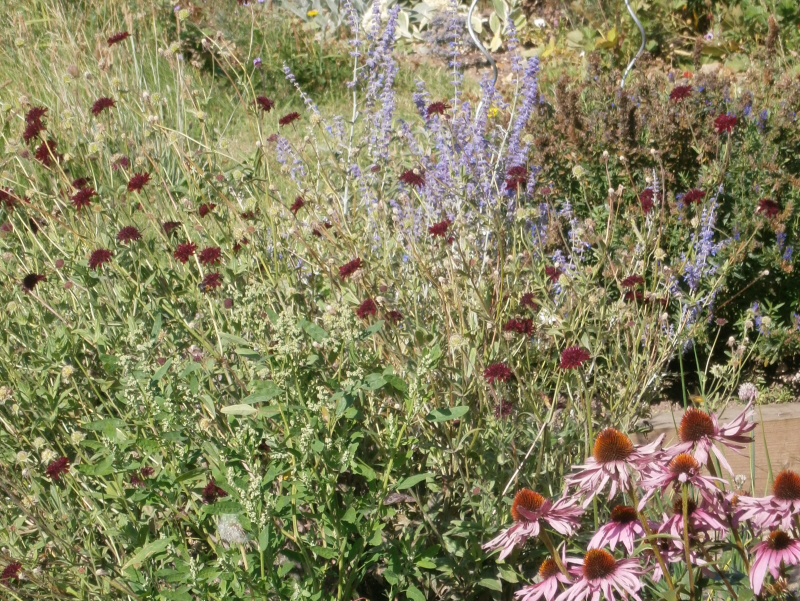 06 Jan Gardening for the Soul

Posted at 08:04h in Journal by Melinda Appleby

I have been researching the importance of gardens to our well-being and, in 2017, I plan to revise and develop this area of work.

Twelve years ago, I wrote about the spirituality of gardens as part of a course on Gardening for the Soul. Now, after ten years creating my own garden from a plot of redundant arable land, I want to explore the importance of gardens to our health and the health of the non-human world.

Gardens are a reflection of the concerns, understanding, social life and fashions of each age and are consciously created to express both the ideas current at the time and our relationship with nature.

In the twenty-first century, our preoccupations are moving from a technological age, in which we have dominated and subjugated nature, to an age when we are increasingly concerned about our domination and what that might do to the earth on which we live. In an age of global communication and consumerism, we are searching for values which may be expressed as a form of spirituality. We look back at earlier civilisations and their relationship to the earth. John Michell, writing about the earth spirit, says:

The earth was sacred not because pious people chose so to regard it, but because it was in fact ruled by the spirit, by the creative powers of the universe, manifest in all the phenomena of nature, shaping the features of the landscape, regulating the seasons, the cycles of fertility, the lives of animals and men.[1]

Several authors describe sacredness as the connection between the human and the spiritual. Paul Devereux stresses this link:

The concept of the sacred place requires the consideration of the sense of sanctity held by the human mind and how that has been applied to physical geography…………There are two basic factors involved in an understanding of sacred place: first, the physical nature and characteristics of such locations; second, the mentality that perceives them as sacred. The sacred place is neither mind nor locality, but the sum of both. [2]

Over time gardens have fulfilled a variety of functions from the purely productive, such as monastery gardens which aimed for self-sufficiency in the provision of food and medicines, to the pleasure gardens of later centuries. For monks, lawns were an important source of spiritual refreshment – green was known to refresh eyes strained by close work of reading or illuminating manuscripts. The boundaries between medicine, magic and religion were blurred in early mediaeval gardens. In her examination of the history of English gardens, Jane Fearnley-Whittingstall finds that, by the time Henry II came to the throne, gardens were developing a dual role:

Monastic gardens and the private devotional gardens of kings, queens and princes fulfilled a sacred role. But profane gardens, clearly made for worldly pleasures began to appear in literature and paintings. [3]

Maitland and Matthews researched the history of gardens and concluded:

A sacred garden is a place in which we can interact with our sense of the spiritual. It should not only please and enhance the senses, provide an area of relaxation and contemplation and allow us to connect with the earth by growing fruit, herbs and vegetables but it should allow us to examine our relationship to something that is outside our humanistic world.

In 2017 I will further explore and develop themes about gardening for the soul. I would be interested to hear from others working in this area.