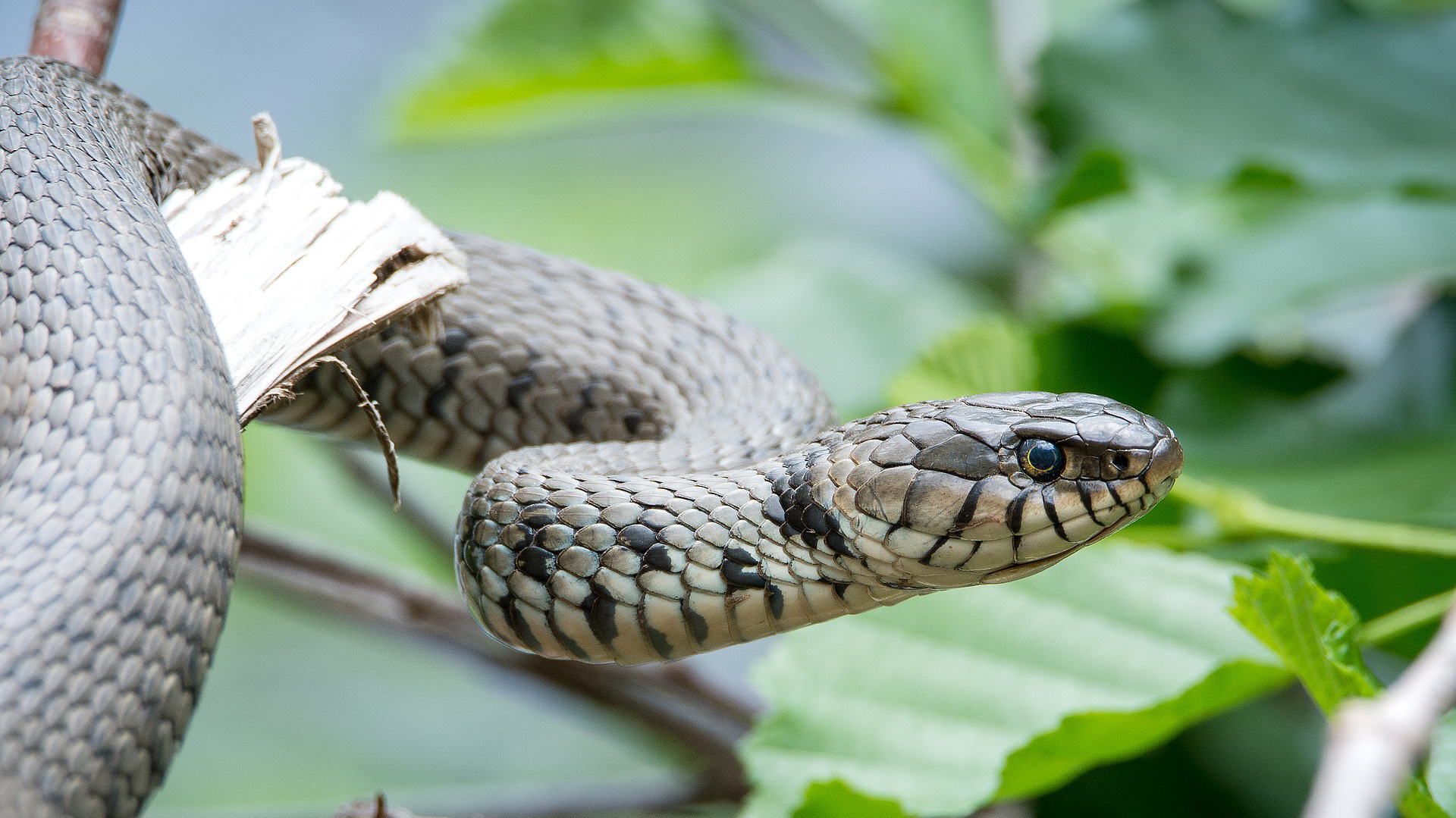 Posted at 12:23h in Journal by Melinda Appleby

We found the grass snake after they had cut the hay.

Its lifeless body lay amongst the shards of grass. The dog found it, more observant or maybe just lower to the ground. It was a very dark form of grass snake (Natrix natrix), not the grey, olive brown I am used to seeing. At first I thought it must be a shed skin but retrieving it from the hay-cutter’s discard pile, I found it was the body but without a head. There seemed little I could do other than leave it basking in death along the newly black wrapped hay bales.

Puzzled by the colouration I leafed through my reference books wondering if I had mis-identified without the yellow collar to confirm it. The piece I found was about 12” long and slender. How much was missing?  Grass snakes can grow up to 3-4ft long. All my books picture the olive coloured snake although say that black examples have been recorded.  Instead I turned to the more recent internet pages and discovered that a couple of years ago, the grass snake had been split into two species and there was a newly classified species – the barred grass snake or Natrix helvetica. German photographs showed a snake very similar to the hayfield corpse.

I returned to the field to have a closer look and maybe a photograph. I couldn’t find it. But nearby I discovered a small hollow lined with a few bits of shell and in it broken eggs. There were only three or four and they were the distinct rubbery egg which only the grass snake lays. All other snake species in this country produce live young. The eggs are usually laid in July and August under decaying vegetation such as compost heaps and old grass. The heat produced by the decay helps to incubate the eggs which then hatch in September.  I saw a probable scenario.

It seemed too early for the eggs to have hatched. So was this a nest in the process of being filled with the usual clutch size of a dozen or more. As the hay-cutter came along did the snake rear up to protect its nest rather than slither silently out of harm? I won’t know the answer to that but am saddened to see the loss of the grass snake and its offspring. It is an ideal site. An old grass meadow, not flower-rich, cut once a year for hay, running alongside a small stream and near a large garden pond.

Here in Suffolk it is rare enough to find livestock or hay meadows. The hay is taken by local farmers who keep some suckler cows and three Suffolk Punches. They came and cut the meadow at the end of June, tedded it for three days to dry it off and then baled it and left it, black wrapped, in the spiky broken grass stems. Most advice suggests walking the meadow first to disturb any reptiles or other wildlife, working slowly and keeping the cutter bar high enough. But how many farmers with grass to cut across several farms can devote time to walk before they start cutting.