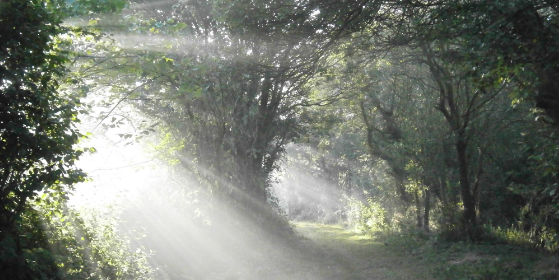 Posted at 08:55h in Journal by Melinda Appleby

The June Solstice seems an appropriate time to take stock of the summer wildlife in my local patch.

Half way through the year now. The days will begin to shorten. Swifts are screaming through the garden as they prepare to leave us. Every June, they fly up at the eaves of the house and perch briefly on the gutters. I assume they are checking out nest sites for their return next year and will probably be first time breeders at three or four years old. The house was built with fingered air vents which prevent wildlife, and therefore swifts, from entering the roof space. A shortage of nest sites is thought to be one of the reasons why swift populations are declining.

Swifts will use artificial nestboxes, either external or placed within the roof space when a house is being built. They are clean nesters, and only here for three months, so it is very little sacrifice to provide a home for these iconic birds of summer.  I will be putting up swift boxes ready for next year.

For a writer, the swift expresses so much about our relationship with the natural world. In May, when the swifts returned, I wrote about Ted Hughes’ poem which is often quoted. There cannot be a poem that more accurately and emotionally describes the excitement of the summer swifts, their noise, their speed, their appearance and disappearance. Richard Mabey, in his book Nature Cure, wrote about his affection for the bird and his annual ritual hoping for its return.

Over these last few very hot days, we have sat in the shade to watch the swifts slice through blue skies, their screaming flight tumbling and then spiralling high where the air thins and their mesmeric shapes chisel summer above us.

Another bird of summer put in two appearances this year. The cuckoo arrived briefly one morning in April and disappeared. But a few weeks ago, one came along the valley, calling in early morning mist. I found it up on the green, mobbed by a crow. I had forgotten how much it resembled a hawk in shape. Then it was gone.  Another summer voice that now calls too infrequently.

Saddest of all is the loss of the turtle dove. We have always had two territories here. And the soft purring call has carried through the summer air. I can hear them a mile away when the morning is still. This year a turtle dove arrived back on 29 April, calling in the copse near the village green. Then he was silent and I did not hear him again until late May. He has only called on three more occasions and I fear the territory has been vacated. We haven’t heard the other turtle dove down here by the river.

Although many sounds make a summer, the cuckoo, swift and turtle dove seem, between them to craft a season out of their song. How quiet summers will be if all three gradually disappear from our skies.

One of the best books to explore and emote the loss of the summer migrants is Say Goodbye to the Cuckoo by Michael McCarthy. Published in 2009, it sets out the story of the ‘Great Arrival’, the summer influx of perhaps some 16 million birds from their wintering grounds in Africa. McCarthy describes it as “one of the enduring wonders of the natural world, its sheer scale hard to grasp.” He eloquently describes what the summer migrants mean to us, the elation after the long dark months, the foretelling of the warmth and long days to come.

But the book ends with sadness. “Humanity’s long war of attrition against nature, its unending erosion of the abundance of nature’s pristine state, has taken species after species… How could we restore their coming once they go? And they are going now.”

Say Goodbye to the Cuckoo link