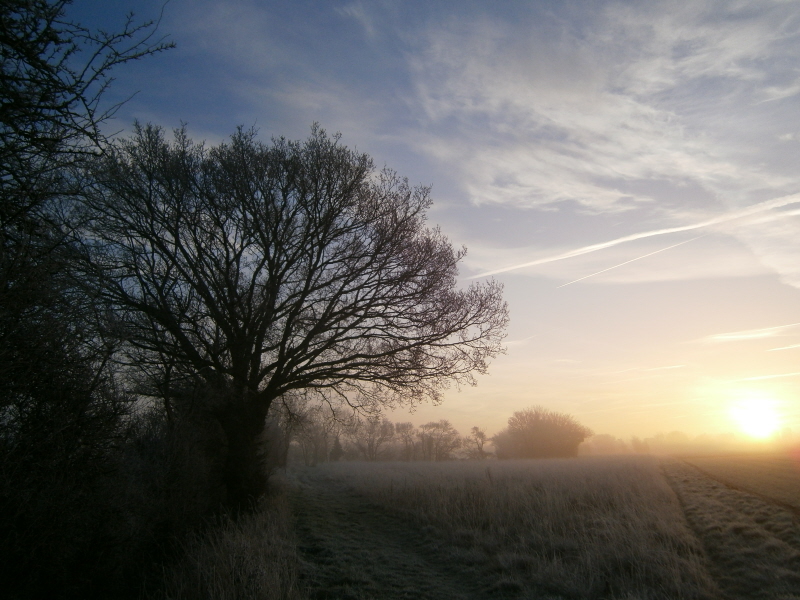 Posted at 13:16h in Journal by Melinda Appleby

February. Pink sun on silver frost. I see the hares. Out of the oilseed rape, across the ditch, onto the plough. Three hares running.

It lifts the spirits this early morning race. Tugged by sap rising, March hares starting early, putting life into empty fields. Too long since I felt like writing. Too many losses, too many birds and insects disappearing, to many extremes of weather.

‘Take solace in nature’ they say, but how can that work when most trips outdoors make me more and more aware of the thinning out of nature. Last year the house martins returned but deserted the nest site, the cuckoo didn’t come, only one turtle dove arrived, the spotted flycatcher was missing, only one wren came to the winter roost, only four yellowhammers feeding on the seed and, today, one reed bunting, looking unwell.

The water voles have gone and yesterday the hare from the wood died. He lay on the road, bright white fur under him, black-tipped ears flattened to tarmac, blood spilt waiting for the crow. Like the badgers the day before, a road casualty, slaughtered by a passing car. But last week another hare had crawled under a hedge to die. It had been taken by the next day when I went to collect it for Dr Diana Bell at University of East Anglia. Dr Bell is investigating a series of deaths across East Anglia and scientists are not sure what disease is responsible.*

But there are still three hares running. And one must look for the small uplifting moments that show that, somehow, nature is surviving alongside us. The barn owl hunting here along the ditches on several mornings; the kingfisher flashing blue across the village pond; the butterflies in last year’s summer heat; the buff and red tailed bumblebees that busied themselves in the lavender.

Today the hares were running, not crouching in the tramlines or jinking erratically for cover. Today they owned the landscape. They remind me of the three hares motif, the mystical symbol found in Devon churches. Three hares each with two ears but only three ears between them.**

Early for March hares. It is February but feels like spring. They have woven their magic after a full moon night. Give them space to run and a place to shelter.

*Have you seen a sick or dead hare? Please send a photograph of the hare (including its head and bottom), and details of its location, to Dr Bell by emailing [email protected].

**The story of the search for the three hares motif is told in a book published in 2016 https://www.newscientist.com/article/2082809-the-three-hares-motif-is-an-ancient-mystery-for-our-times/