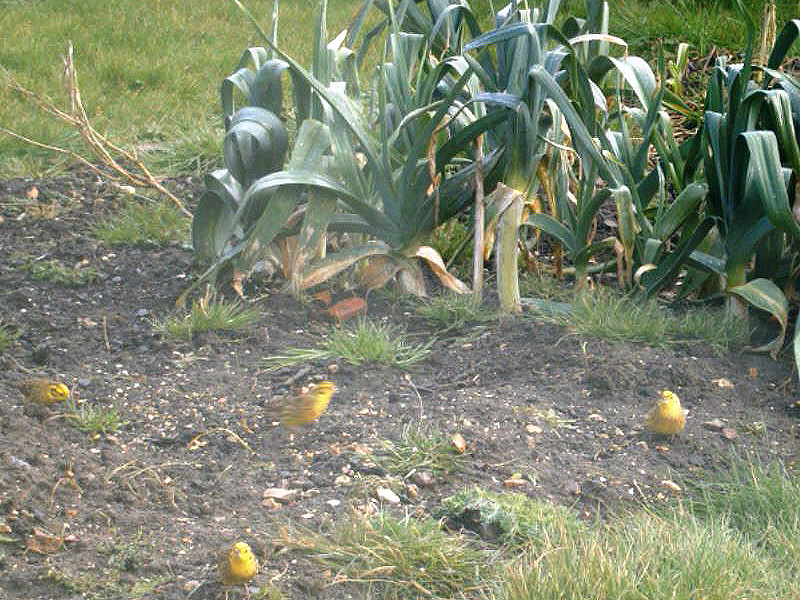 22 Jan Where are the Birds?

Posted at 20:08h in Journal by Melinda Appleby

Ahead of next week’s Big Garden Birdwatch, people are asking what has happened to the birds that are usually seen in our gardens.

It was even a topic of conversation on the mobile library. We have noticed that, although most of us have seen a couple of chaffinches, there is no sign of greenfinches and goldfinches which usually flock to our feeders. Only one yellowhammer has been feeding.  Checking our records for last year, four yellowhammers were already visiting in December, building up to fourteen in February. With several hard frosts in the last few weeks we had expected to see more bird activity.

The tree sparrows are still here – quite often three of them. They keep together foraging under the Hebe bush but sometimes we see them feeding with our local house sparrows. There are good numbers of great and blue tits, blackbirds and robins. And from the mobile library chat I hear that two of my neighbours have this week seen bullfinch.

Small raiding parties of starlings descend and rapidly empty the feeders, spilling seed on the ground to be trampled by wood pigeons.

There has been no sign this winter of either song thrush or mistle thrush. January  days are usually accompanied by the mistle thrush mounting guard over a good source of winter food but none has called this year.

I turn to the British Trust for Ornithology (BTO) website for information. They are reporting lower breeding success last year for some birds, which could lead to reduced numbers visiting our gardens. Figures from the Garden Bird Watch returns seem to indicate that all finch species are appearing in lower numbers in 2016 than previously. Worryingly we did find a number of dead greenfinches last year and they are a species known to be affected by Trichomonosis, a disease which makes it difficult for them to swallow.

Are there better sources of food and shelter elsewhere or are bird numbers much reduced generally. Perhaps more will be known when the results of next weekend’s garden birdwatch come in. We will certainly be stationed here counting birds as they forage.

But we are going to join the BTO Garden Bird Watch to provide a more organised and regular count of wildlife in the garden. More about the scheme can be found here: