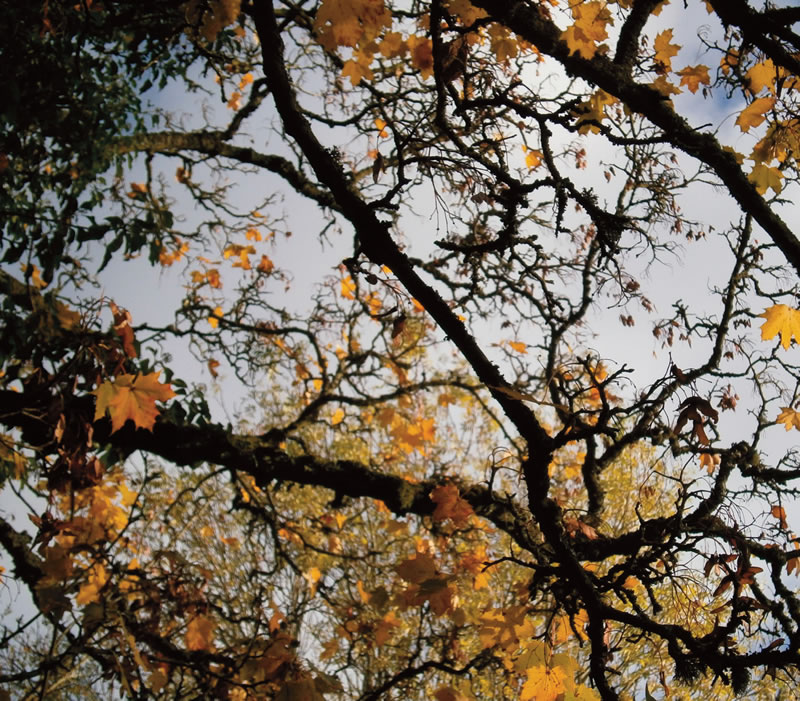 Posted at 01:01h in Journal by Melinda Appleby

Thirty years ago, at this time, I woke to the sound of the wind.

It had been a wet day, so wet that we were worried about the rivers flooding. I was leading an evening class in landscape management and that night we were discussing hedgerows. I finished early so people could return home, hopefully staying clear of rising water levels.

Arriving at my house, I pulled shut the two large wooden gates onto the yard and went to bed. There was something odd about the air that night. It was very still – and heavy. Unnatural is a word several people used. One friend called his wife outside because something didn’t feel right. It was about 10pm or 10,30pm.

At one o’clock in the morning I was woken by the noise of the gates blowing open and shut. I went downstairs to rebolt them and was surprised at the strength of the wind. My garden backed onto the churchyard and I could see the small ash tree bending at right angles across the wall. It was hard to stand up. It was warm and very noisy.

Retreating back to bed, I stayed awake listening to the storm. The roar of the wind was constant. Occasionally it was accompanied by other sounds – corrugated iron sheets blowing down the street, masonry falling. At six o’clock the wind quietened and we emerged from our homes, stunned and a little frightened. We stood assessing the damage in the first dim glimmers of daylight. The chimney above us collapsed into the street, presumably weakened by the wind, and we scattered.

There was no electricity, no phone and no way out of the village. The scale of the damage was becoming apparent. It was thirty years ago today.

The papers this week have been full of the Great Storm, perhaps encouraged by the predicted arrival of the tail end of Hurricane Ophelia. How different would be our approach to the storm now. The forecasts would be updated minute by minute, people would be tweeting news of fallen trees, photos and selfies would be shared over social networks.

Around 15 million trees were felled, many of them grand old specimens in parks and gardens, avenues of old trees, ancient woodlands, and much of Rendlesham Forest. The response was emotional, even for those whose property had not been damaged. People cried at the scale of the loss and the age of the trees that had gone; it seemed as though the heart had been torn out of the countryside. In the first few days, priority was on restoring power and transport networks. Farmers with chain saws, pulleys and tractors soon began to open up our local roads.

On the Saturday I was leading a farm walk but had no phone to advise people not to come. I jumped in the Land Rover and headed for Coddenham trying several routes filled with debris. I found the farm but the drive was blocked, fallen trees lying trunk on trunk, embraced in a horizontal forest of limbs, still not stripped of autumn leaves. No-one else arrived.

Over the following weeks, my work as a farm conservation adviser was focused on the big clear up. Grants were made available for clearance and replanting. We scrambled across the county inspecting woodlands, assessing damage and offering advice. Many trees had been uprooted from the moist soils and now showed a fine rootplate, like a shield, exposing to the air all that is the hidden life beneath a tree. Sometimes the removal of the crown of the tree, allowed the trunk to spring back into its rooted hole.

gun-metal grey, aged with a patina

against them. Light streams

into the wood, peels open the hillside,

reveals the track , blocked with trunks

too thick to climb over or tunnel under.

The trees, old friends who watched

of whispered secrets, have dominoed

down the hill. They lie, trunks pressed

to the earth, canopies bent, seeping out

spilling their sky-high contents down

to the valley floor. From each rises a shield

of shattered root and rock, earth and fern,

a circle of embedded deep and secret life

Thirty years on we acknowledge that we were perhaps too hasty in trying to clear fallen trees away. Nature repairs itself. Trees have sprung back from fallen trunks. New life has blossomed in the decaying wood which was never cleared.  Woodlands have benefited from opening up the canopy and allowing light to the woodland floor. Aerial photographs showing the devastated parks and woods now contrast with those of today. The scale of the destruction meant we couldn’t tackle all the fallen trees.

Several friends had young children at the time of the storm. They remember listening to the wind as they gave a night feed, or slept blissfully through it as a child spent its first night sleeping. Those children are getting married this year. A reminder of how cycles and seasons turn. We look back and remember the noise, the fear, the loss of trees, the determination to get to work. 15 million trees lost in a night of destruction but woodlands have recovered, young trees have come through the remnants of the old, new generations grow.

It was thirty years ago.