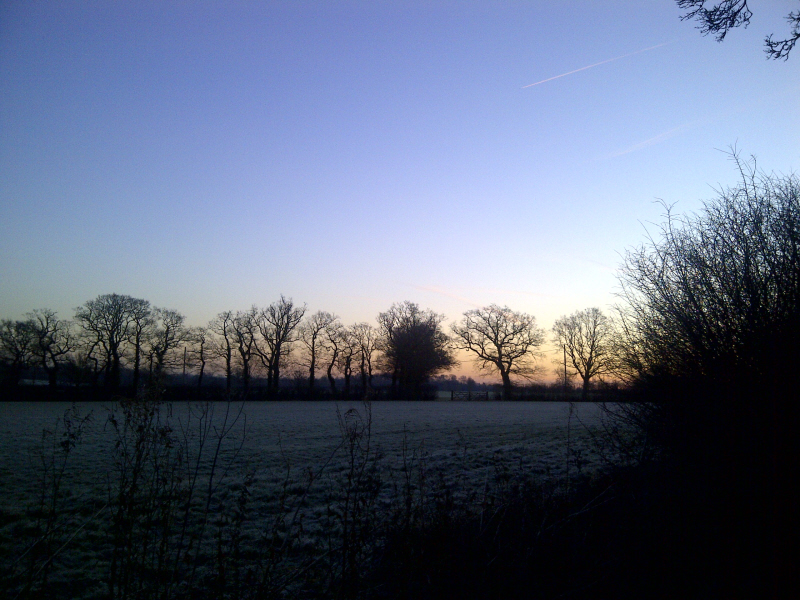 Posted at 10:35h in Journal by Melinda Appleby

In February we reach the mid-point of winter, celebrated as Imbolc or Candlemas.

There is a change to the quality of the light, not just the extra hour or two of daylight, as the sun returns. February light has an intensity and strength after the grey insipid days of January.  On mornings such as this, with a sharp frost, the air sparkles. Here is a winter world poised for spring.

Life returns to cold fields. Five hares running though rape; two fallow deer crossing the ditch; fieldfares heading east and a lone egret beating upriver. The yellowhammers are back in the garden, a pair and two males. A blackbird has been gathering nesting material; dunnocks’ rattling songs echo out of the hedge, and even the chaffinch tries a few chilly notes from the orchard.

I watched an elaborate ritual played out by a pair of blue tits. One repeatedly dived to the bottom of the hedge and collected a brown leaf, an oak or a maple. Pleased with his prize, he worked his way back through the hawthorn spurs, while the second blue tit watched, flicking wings. Whether intended or not, the leaf always dropped to the ground before he gained the top of the hedge. He went back to the ground, fetched a leaf, and worked his way back up again. This went on for around ten minutes before the two disappeared.

The trees, silhouettes like linocuts against the winter sky, are waiting for warmth. The recent winds have reshaped the landscape; old trees have gone opening up unexpected vistas. Limbs have been torn away and old elms lie toppled into the field. It is the barest time of year with little cover from winter winds. But the sun is strengthening and brings a promise of warmer days to come.